Hack on the edge

TIP’s Edge Application Developer (EAD) project group has been gaining momentum since its launch in October 2018 at TIP Summit in London. Co-chaired by Deutsche Telekom and Intel, the purpose of this group is to develop open APIs and SDKs that empower developers to build the next generation of mobile applications running on operators’ edge infrastructure.

The EAD project group currently focuses on the following:

It’s getting hard to find a technology company that isn’t talking about “edge” in some capacity, but most solutions don’t really seem to solve the problem. TIP’s EAD project group, with industry leadership from Deutsche Telekom, Intel, and MobiledgeX, has been running performance testing in the TIP Community Lab on edge infrastructure since February 2019 when the first TIP cloudlet launched.

Following successful buildout and testing, the group was excited to open up edge infrastructure access to the broader developer community during our first Hackathon event!

On April 30th, at Facebook’s headquarters in Menlo Park, the Edge Application Developer project group hosted TIP’s first Hackathon on live edge infrastructure, attracting developers with a range of skill levels to experience the power of the edge. The Hackathon was a significant milestone for the group to demonstrate progress in all of its the above focus areas (SDKs, TIP Lab Cloudlets, Developer Community). Most of the developers were not familiar with TIP or the EAD group, so the event was also an excellent opportunity to introduce them to TIP’s ongoing work.

During the event, developers presented their ideas to a panel of judges where they were evaluated based on innovative use of the technology. Weiqi Zhao from Roket, was TIP’s first EAD Hackathon winner. To conclude the event, attendees, judges, and sponsors mingled at a networking reception hosted by TIP on Facebook’s campus in Menlo Park.

Thank you to Samsung for providing Galaxy S10+ devices for all participants to leverage during the hack, to Intel and Facebook for generous prizes and sponsorship, and to the trailblazing crew at MobiledgeX for providing the SDKs, documentation, demos, and underlying code to enable a fantastic Hackathon experience.

What is the EAD project group and why are we all here?

Bridging the gap between 4G & 5G

Terry R Schussler from Deutsche Telekom shared information explaining why “edge is the key part which will benefit both 4G & 5G ecosystems.”

We invite you to read MobiledgeX Geoff Hollingworth’s Medium post about the event.

Promoting innovation: This early-access event allowed app developers to get hands-on experience with edge computing technology and the feedback speaks for itself: 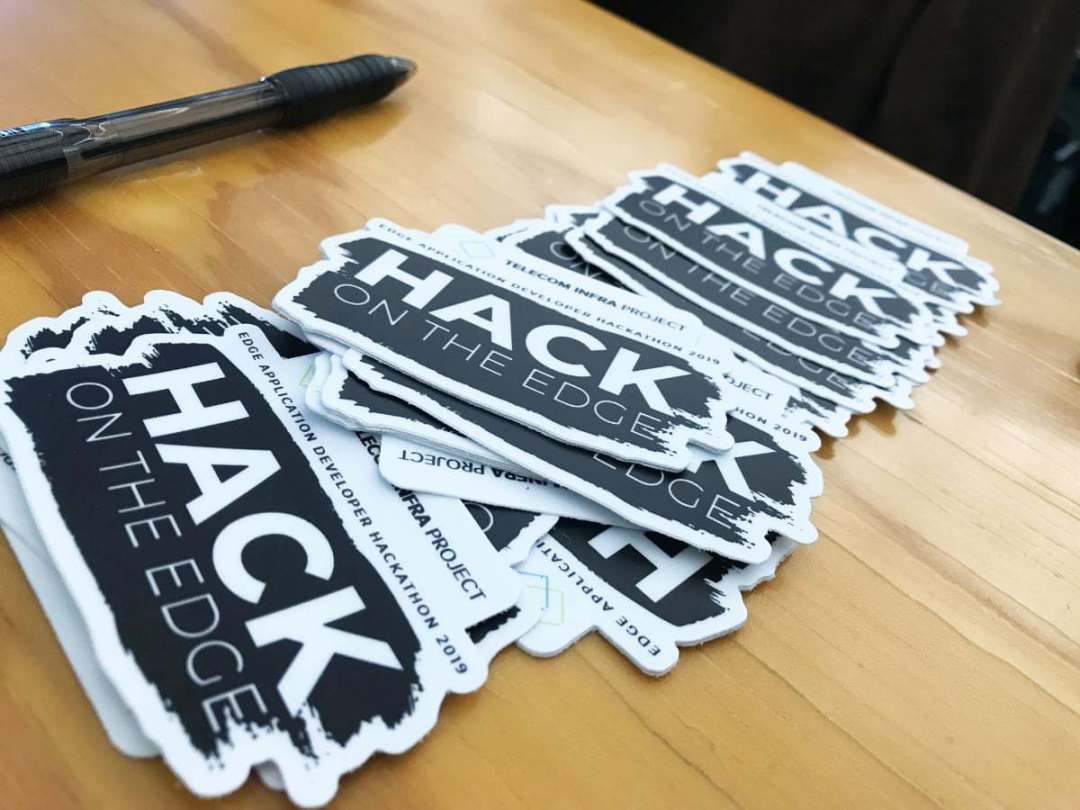 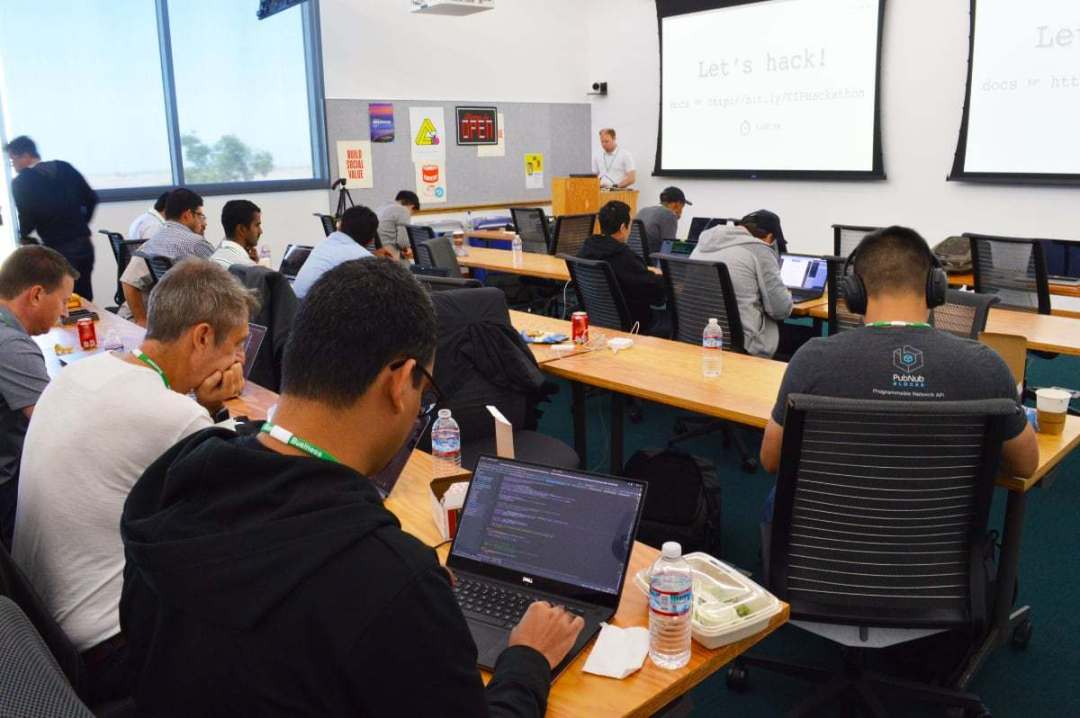 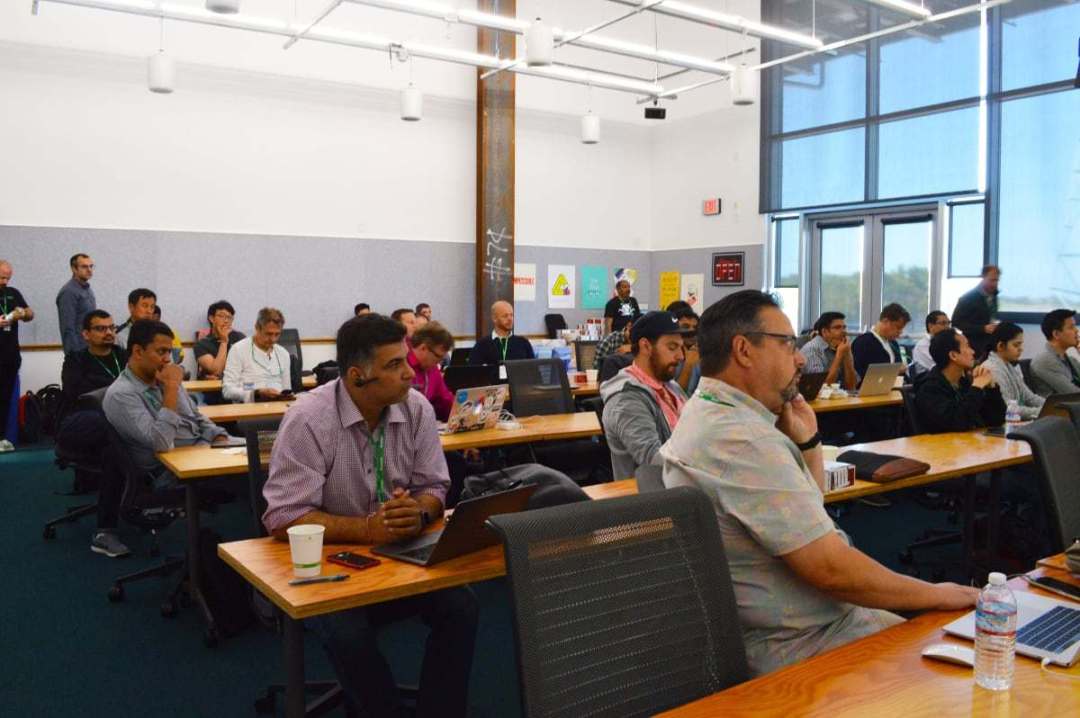 Thanks to everyone who joined the hack! Visit us here to learn more about the EAD Project Group and future EAD hackathon events around the globe.